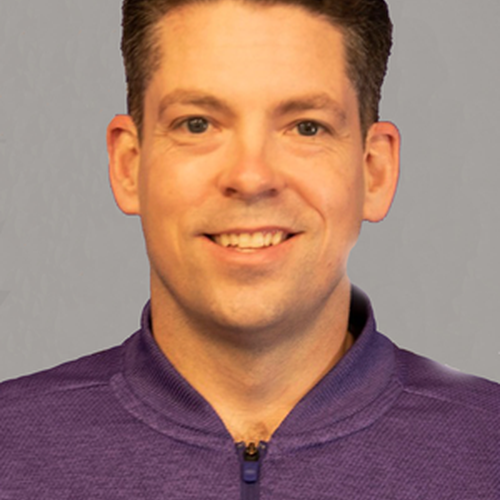 Bringing over a decade of collegiate coaching experience to Schenectady, TJ Manastersky begins his first season as an assistant coach with the Union College men's hockey team in 2021-22.

Manastersky comes to Union following nine years as the head men’s hockey coach at Division III Curry College. During his time in Milton, he led the Colonels to a 113-82-19 (.572) record, berths in all four Commonwealth Coast Conference (CCC) Tournaments, and seven postseason appearances in eight seasons overall. He was the youngest coach in the NCAA when hired before the 2012-13 season.

He was named CCC Coach of the Year in 2018-19, when he guided the Colonels to a 16-7-3 record, which including a 13-2-1 mark in the final 16 games of the regular season and a win at the season-opening Buffalo State Tournament.

Off the ice, Curry boasted 30 AHCA All-American Scholars since 2019, the most of any NCAA college hockey program, in addition to eight Curry Scholar-Athlete of the Year awards and five class valedictorians.

Prior to his time with Curry, Manastersky spent three years as an assistant at Div. III Fredonia State University and two years at Div. I Canisius College. He also has worked as a regional scout with the USHL and spent time as an evaluator with USA Hockey, the Greater Ontario Hockey League and Team Ontario.

Manastersky played collegiately at Oswego State and graduated in 2006 with a bachelor’s degree in English and a minor in athletic coaching. He also earned a master’s of science in health and physical education from Canisius in 2009.