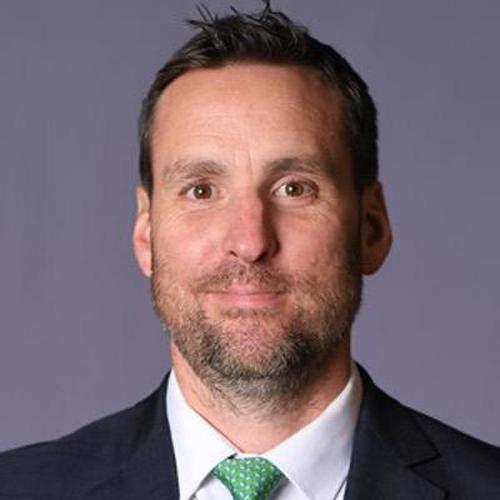 Lessons learned coaching in the NHL

He came to Dartmouth after spending the previous two seasons as an assistant coach with the Washington Capitals of the National Hockey League (NHL).

A former defenseman, Cashman is a 2007 graduate of Quinnipiac, where he was an All-American, a First-Team All-ECAC Hockey selection and a Hobey Baker Top-10 Finalist (2005). Following his professional playing career, he returned to his alma mater as an assistant coach, helping the Bobcats reach two Frozen Fours in 2013 and 2016.

While in the Washington organization, Cashman was integral in bringing along the franchise’s young talent, as he was responsible for building staff and running the Capitals’ Development Camps. On the bench with the Caps, Cashman oversaw the defense and penalty kill. Under his guidance this season, Washington blueliner John Carlson was the NHL leader in both points (75) and assists (60) by a defenseman at the time of the stoppage.

Before making it to the NHL on Todd Reirden’s staff, he was an assistant with the Hershey Bears — the Capitals’ AHL affiliate — for two seasons.

Cashman was behind the bench in Hamden with the Bobcats for five seasons, twice reaching the Frozen Four and finishing as the national finalist (2013, 2016). During that five-year run, Quinnipiac won the conference’s regular-season title three times, claimed the program’s first postseason tournament in 2016 and reached the NCAA Tournament in each of his final four seasons.

From the start of the 2012-13 season through his final year in 2015-16, Cashman helped the Bobcats to the second-most wins in the nation, as well as the top power-play and penalty-kill figures. He was elevated to associate head coach prior to the 2014-15 campaign.

As a player, Cashman was a two-time captain at Quinnipiac in addition to his on-ice accolades. His 125 career assists and 148 points are both still school records for defensemen more than a dozen years after graduating. An All-American in each of his last three seasons with the Bobcats, Cashman was also recognized as a member of the ECAC Hockey All-Decade team for the 2000s and was named one of the top-50 players in league history.

After leaving Hamden, Cashman signed with the AHL’s Toronto Marlies. He would also play for the Wilkes-Barre Scranton Penguins and Milwaukee Admirals in the AHL, while suiting up for Columbia, Wheeling and Cincinnati — where he won the 2010 Kelly Cup — of the ECHL before capping his pro career with EHC Black Wings Linz of the Austrian Erste Bank Ice Hockey League.

Following his playing career in the AHL, ECHL and in Europe, Cashman joined the coaching staff at his alma mater in 2011, helping the Bobcats become one of the nation’s perennial powers.